Fire Alarm Systems – What You Need To Know 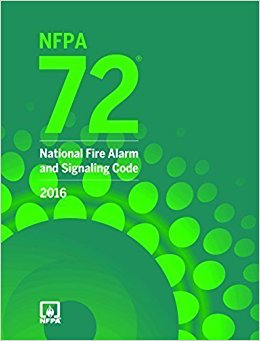 If you’re a business owner and are looking to have a fire alarm system installed, there are some things you need to know. Fire alarm systems installation and operation are governed by the National Fire Protection Association (NFPA) and fall under the NFPA 72 National Fire Alarm and Signaling Code. In addition to NFPA 72, your county also has local ordinances and requirements set forth by your local fire department’s authority having jurisdiction (AHJ).

Any work which is performed on a fire alarm system must have the AHJ involved with the process. The level of required AHJ involvement along with the fees they require will depend on your county along with several design considerations, which include but are not limited to –

Below is a list of the most common scenarios with an explanation of the requirements involved in each scenario.

Change of Service – No component replacement

If Quantum FSD will be taking over as your supervising station without replacing any fire system components, you will need to get your local AHJ involved prior to any work being performed. In accordance with NFPA 72 Chapter 26 section 2.7, your local AHJ shall be notified in writing within 30 days of any scheduled change in service that results in signals from your property being handled by a different supervising station provider.

The plans will need to be submitted and approved by the local AHJ prior to the permit being issued. Quantum FSD requires you to have a current and approved fire alarm permit prior to performing any installation work.

Once the system has been installed and tested by the installing contractor, the system will need to undergo a final inspection and acceptance test performed by your local AHJ prior to your fire alarm system being certified as being legal for use.

If we will be replacing a non-functioning fire alarm control panel with an identical unit, this is considered to be a repair and will not require a permit. Your fire system can stay in compliance with the NFPA 72 code version it was installed under and the system is considered to be “grandfathered in”. Depending on local ordinances and your local AHJ, the replacement panel may have to undergo an acceptance test once the repair has been performed.

If we are replacing an existing fire alarm control panel with a non-identical unit, whether we are replacing a functioning or a non-functioning unit, this is considered to be a “tentative improvement”. The replacement of the panel will involve the same protocol as a new installation. The entire fire system will need to be redesigned and brought up to current code standards, and you must follow the same protocol as that of a new installation.